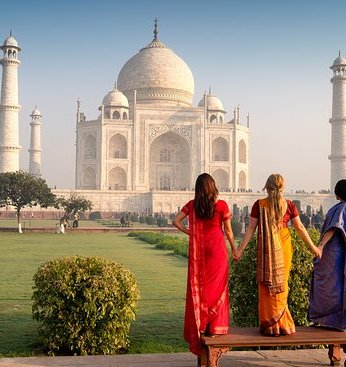 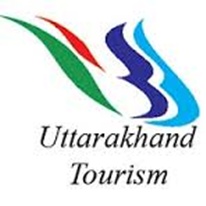 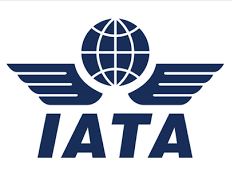 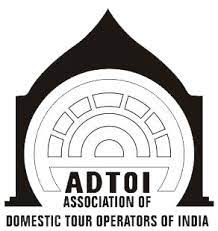 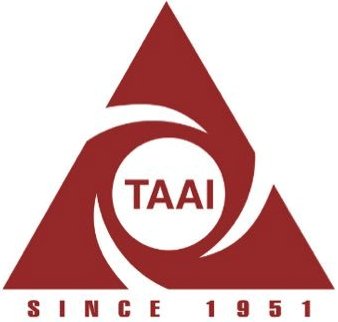 Corbett is known as Jim Corbett National Park situated in the Nainital district of Uttarakhand. It is one of the oldest national parks established in 1936.

It was known as Hailey National Park before, after Independent, it’s renamed as Ramganga National Park; later in 1956 it was renamed as Jim Corbett National park on the name of a famous hunter & naturalist. Corbett is known for the highest number of Tigers in India.

About Corbett city: The park has 110 different species of plants and 50 species of animals, 580 species of birds & 25 reptile species. Forest covers 73% area of park & 10% of the area is grassland.
Corbett is the first park that comes under the Tiger Project. Corbett is famous for Jungle safari, Elephant Safari, Bird watching, Jungle walk & Resorts/Hotels for relaxation.

Edward James Corbett, known as Jim Corbett was born on 25 July 1875 in Nainital. He was the eighth child of Christopher and Mary Jane Corbett. Jim grew up in Nainital and received his education here, while winters were spent in Kaladhungi. Since both these places were richly endowed with wilderness. Jim became a wonderful naturalist with a keen love for the wild.

After completing his secondary education Jim served in the Railways and then in the Army. He eventually returned to Nainital and Kaladhungi, a period that dominates his writings. A great hunter, naturalist and author that he was, Jim was above all a simple and generous person.

Jim Corbett today has become an icon synonymous with wildlife and nature conservation. Most of Jim's books were published while in Kenya and this is where he died in 1955.
During his lifetime Jim is believed to have killed 50 tigers and more than 250 leopards all were man-eaters.

List of man-eaters of Kumaon shot by Jim Corbett


Places to visit in Corbett

01:-Garjiya Devi Temple: Garjiya temple is dedicated to Goddess Girija. Before 1940 this temple was known as Upta Devi Temple. The temple is situated in Garjiya village in Ramnagar, Uttarakhand next to the Kosi River. Let me tell you that since ancient times, the practice of putting bells or bells at the temple gate has been going on. Regarding the ringing of the bell in the temple, priests believe that its ringing makes the presence of the gods. Apart from this, consciousness is awakened in the idols kept in the temple, due to which worship becomes fruitful.

02:- Corbett Waterfall: Corbett Fall is a beautiful waterfall situated 04 km from Kaladhungi village & 24 Km from Ramnagar. It is a perfect day out picnic spot & enjoys a splash of water on the face in summer. you can reach the waterfall by a 02 km trek from the main entrance. Waterfall has an entry fee of INR. 20/- per person. The waterfall surrounded by dense teak wood forest.

03:- Dhangarhi Museum: Dhangarhi Museum exists since man-eating tiger & leopard were in Corbett & Nainital. Inside the museum, you can see Tigers, Leopards, Elephants & other animals were killed by Jim Corbett. They put animals in the glass case. Museum has an entry fee of INR. 10/ per person.

Things to do in Corbett

01:-Jungle Safari in Corbett: Corbett is well known for the highest number of big cats (Tigers) in the park. It’s a home of 580 species of birds, 55 species of mammals & 25 species of reptiles. There are various ways to do the safari in Corbett National Park like Jeep Safari, Elephant Safari & Canter Safari. Corbett has different safari zones where you can enjoy the safari in the jeep & Canter. There is a fair chance to see Royal Bengal Tiger, Wild Elephants, Spotted Deers, Sambhar Deer etc.

02:- Bird Watching in Corbett: Corbett is known as a Tiger reserve where you can see Royal Bengal Tiger. Instead of that Corbett offers you 580 species of birds. It is a paradise for a bird watcher. Hati Dangar, Kosi Barrage & Sitabani are the best places for Bird watching in Corbett.

03:- Fishing in Corbett: Fishing in Corbett also an adventures activity to enjoy. Apart from Jeep Safari, Elephant Safari, Bird Watching, Fishing also an amazing experience for the tourist. They can catch Mahaseer fish in the river at Corbett. They can get Mahaseer species like Golden Mahaseer, Silver Mahaseer & Black Mahaseer in Raamganga & Kosi river. Mahaseer fishing has banned by Uttarakhand Government but you can see them in the river. You have to take permission from Corbett National park officials to do fishing in the river.

04:- Elephant Safari in Corbett: Apart from Jeep Safari Corbett offers you Elephant Safari also. The Elephant Safari is only permitted in Bijrani & Dhikala zone. The tourist can spot animals, birds & reptiles’ species by a designated path Elephant walks in the park. The elephant takes you inside the park for one hr for the safari, only four people are allowed on one Elephant.

05:- Canter Safari in Corbett: Canter Safari is the best way to do a safari for a group of family & friends. Canter can take 16 passengers at one time. Dhikhala is the famous zone for Canter Safari maximum of 04 Canters can go at one time inside the park. It took 05 hr with Canter to cover the Dhikala Zone.

01:- Dhikala Zone: Dhikala zone is the largest zone of Corbett National park which offers you a various variety of Flora & Fauna. Dhikala also offers night stay for tourist in Dhikala Forest rest house. It is considered the best zone for Tiger sightseeing. Other Animals like Wild Elephant, Spotted Deer, Boar & Barking Deer can be seen in Dhikala Zone. Dhikala Zone, they do not have a Jeep safari's available in the Dhikala zone only Canter Safari are there.

02:- Bijrani Zone: Bijrani is the most visited zone after the Dhikala zone also very famous to visit The Royal Bengal Tiger. This zone has large grassland & thick Saal forest. Jeep Safari is available for this zone. Elephant Safari is also available for Bijrani Zone. The zone has the timing of safari during daytime only 30 Jeeps are allowed at one time in the zone. A guide is mandatory to get an entry for Jeep.

03:- Jhirna Zone: Jhirna zone is open for tourist throughout the year. As other zones have an opening for different months. Jhirna came to Tiger reserve in 1994. Along with Tigers, wild Bears are the main attractions of this zone. Other animals like Wild Elephant, Sambhar & a large number of bird species have been found in this zone.

04:- Dhela Zone: Dhela zone is the latest add zone in Corbett National Park which was open in 2014 for safari. The dance forest has a variety of trees like Sal, Haldu, Bahera, Rohini & Kusum along with the large grassland. The zone has animals like Tigers, Wild Elephant, Leopards, Nilgai & various species of reptiles & birds. this zone is a paradise for bird watchers.

05:- Durga Devi Zone: Durga Devi zone is the hill safari zone in Corbett National Park. Durga Devi zone has Ramganga River & Mandal river flowing by its side. The zone is famous for fishing & wild Elephant. The famous fish Mahasheer can be seen in River Ramganga. The birds that can be found in the zone are the Grey-Headed Fishing Eagle, Maroon Orile, Long Tailed Broadbill & blue flycatcher.

06:- Sitabani Forest Zone Sitabani Forest zone is located outside the Corbett National Park. The zone has dense forest & old temples. There is an old temple named Sitabani inside the zone and it maintained by the Archaeological Survey of India. A night safari is allowed in this zone, so tourist can have a different experience of the forest. Tourist is allowed to visit Jungle with Jeeps, Elephants, walking & private vehicle.

Get Jim Corbett Package with Haridwar and Rishikesh Tour from Delhi for 4 nights 5 days.

Get the best deal on booking Jim Corbett tour with Dhanaulti and Nainital.

Get a 5 nights 6 days tour of the Nainital Corbett Tehri Package from Delhi.

Haridwar Rishikesh Jim Corbett tour package is available at the best deals from Delhi to Delhi.

Get ready for Lansdowne and Jim Corbett Tour Package from Delhi to Delhi.

How many safari zones are there in Jim Corbett?+

What can you see in Jim Corbett?+

What are the sightseeing places in Corbett national park?+

How many days are enough for Corbett?+

What is the best time to visit Jim Corbett?+

The best time to visit Jim Corbett is November to June. These are the only months when the park is open for tourists to indulge in wild Safaris.

Which are the best zones for Jim Corbett?+

Dhikala & Brijrani zones are the best zones in Jim Corbett.

What is the distance between Delhi to Jim Corbett?+

What animals do I see in Jim Corbett?+

Bengal Tigers, Leopards, Jungle Cats, Elephant, Gharial, and Bears are famous in Jim Corbett National Park. Corbett is one of the oldest as well as the largest national park in India.